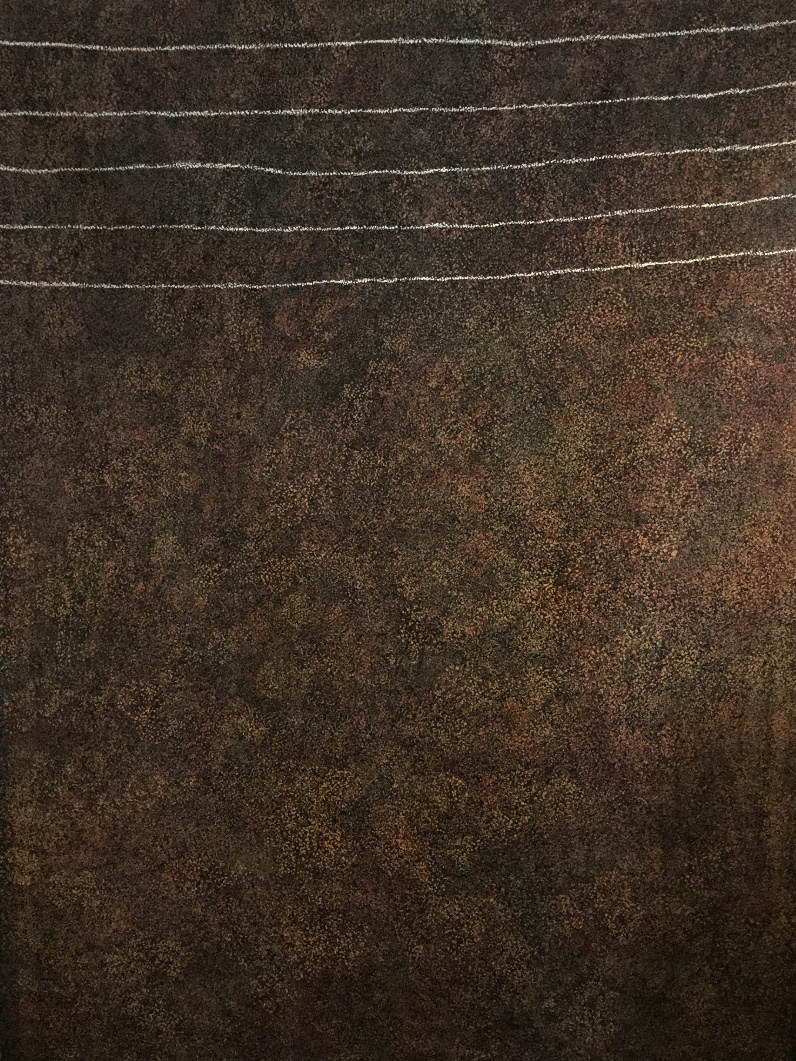 Winner of the Aboriginal and Torrens Strait Islander Award – 1996

Over recent years, few works of real quality by Judy Watson have appeared for sale in the secondary market. Yet prior to this, the rising interest in works by Watson on the secondary market had been nothing short of phenomenal. By 2010 her status amongst the most important living artists of the movement was matched only by the careers of Tommy Watson and Paddy Bedford. Every one of her ten highest results and 19 of her top 20 were set after 2006, with the only exception having sold in 2005. There were two main reasons for this. The splendid use of her Hair String image on the cover of the catalogue for the National Gallery of Victoria’s Colour Power exhibition held during 2004, and her ability to create large, highly colour charged, dynamic works.

Her sales since 2010 have, however, dropped sharply. In 2010 only four works sold of nine offered with the highest price being $3,840. And while she was the 17th most successful artist in 2011 only one work of three offered in 2012 sold, and this was for just $1,473. Results since then have been little better though she did have one work enter her top 10 results in 2016, at 6th place.

Her phenomenal rise pre 2010 was achieved partially on the back of two resales that followed in quick succession. Her Magnum Opus, Women’s Dreaming created for Peter Van Groessen in 1995, which had been held by Kimberley Art Gallery in Melbourne until first offered at auction in 2006, originally sold at Lawson~Menizes November auction to Rod Menzies consortium for $192,000 (Lot 155). With the onset of the economic downturn it decided to try its luck at resale following another international advertising campaign. It turned out to be a poor decision. The painting made little if any profit after commissions when it sold for $216,000 in the Lawson~Menizes March 2008 sale (Lot 231). Another Menzies consortium purchased Snake Vine 1995 with the same provenance in May 2006 for $28,800 and received just $30,000 when it resold in March 2008 (Lot 244). Despite their lack of success, re-sales of this magnitude saw her career total sales jump dramatically in just four years. Her total second art market sales stood at just $38,332 in 2004 compared to today’s $1,163,260. This leap is not wholly accounted for by re-sales however, as an untitled work fetched $87,889 in 2009, the artist third highest sale to date. The work bears strong resemblance, though larger at 204 x 235 cm, to Mina Mina, Hair String Story 2004, which sold for $33,600 in 2006, a significant appreciation. No doubt the fact that it had featured on the cover of the Gaia Auction in Paris enabled this very encouraging result. Amazing as it may seem, Sotheby’s has not made any of these sales. Lawson~Menzies has championed this artist and its closest competitor has been Mossgreen, Bonhams and Goodman.

With such exposure in the secondary market it is little wonder that there has been a definite buzz around Judy Watson’s work in primary galleries. This has been stimulated further by the entry of a number of independent dealers with their minds firmly set on investment paintings. Geoff Henderson, owner of Aboriginal Art World, is a perfect example. The former Executive Director of Finance and Sales in a FTSE top 20 company, Henderson identified those artists he wanted to work with, set up a first rate facility where they could paint, employed staff experienced in art, commissioned major works, and paid top dollar. Judy Watson joined a number of other major artists who worked with Henderson from the beginning of 2007. An example of these major works, My Dreaming 2007, was submitted to Lawson~Menzies by a former Henderson employee for their October 2008 sale (Lot 245). While the stunning 180 x 297 cm work estimated at $90,000-120,000 sold for just $48,000 this represented a good wholesale return on a work for which the artist was paid around $20,000. It was as much as the dealer would have expected had he offered it to a gallery. There are many more works of this quality currently sitting in galleries and collectors should be able to purchase them for well below gallery prices at auction over the next few years.

Judy Watson Napangardi was an irrepressibly energetic artist who produced dynamic joyful works full of colour. Her shimmering canvases emulate the Warlpiri notion that health, well-being, and allure are exemplified by the glint of refracted brightness. Her paintings convey ancient stories with a modern sensibility. This will ensure that they stand amongst the most desirable of all contemporary Australian art well in to the future and continue to propel her into the most select group of Aboriginal painters of all time.