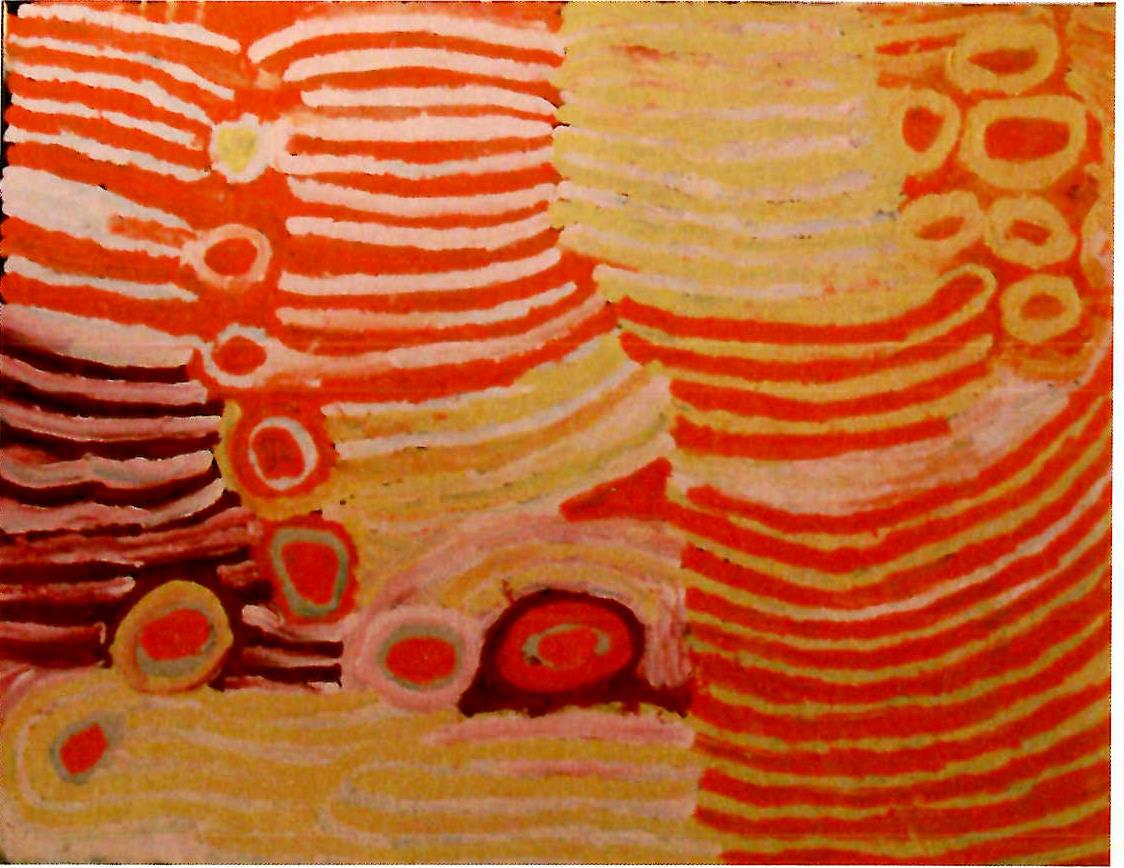 While Makinti Napanangka appeared regularly between 2003 and 2006 amongst the ’50 Most Collectable Artists’ in Art Collector magazine, her work varies greatly in quality and became increasingly untidy from the beginning of 2007 until her death in 2011. Nine of the top ten highest prices are all for relatively large works equal or greater than 122 x 152 cm in size while the vast majority of her lesser results have been for relatively minor paintings or paintings with provenance other than Papunya Tula Artists.

It was in fact a non-Papunya Tula painting which set a record for the artist in May 2005 at Lawson~Menzies when sold for $60,000 against a presale estimate of $50,000-60,000. The work was originally purchased from Central Art in Alice Springs and accompanied by a 40-minute video of the artist painting at various stages throughout its creation. This record was broken the following year when Sotheby’s sold a beautiful Papunya Tula painting Lupulnga 2003 in July 2006 for $72,000 against a presale estimate of $60,000-80,000. Still, with only 28 works sold for more than $10,000, all but a tiny number of her higher priced works have Papunya Tula provenance.

Surprisingly 65 works, with many fine paintings amongst them, have sold for less than $5,000. These have included a number of relatively large pieces sold principally through Lawson~Menzies and Shapiro Auctioneers between 2003 and 2005.

In 2009 three works sold above $15,000, while she was the 9th best performing artist during 2011 with an impressive total sales of just under $300,000. In that year two new records entered her top ten. Sales between 2012 and 2014 were not good with more works failing than finding new homes. She bounced back however in 2015 and finished as the 12th most successful during that year. Thirteen works sold of 17 offered including an Untitled painting created in 1997, which set a new record for the artist when sold for $105,000 in Deutscher and Hackett’s sale of the important Laverty Collection. The painting was atypical for a work with PT provenance and more closely resembled those created for independent dealers post-2005. Nevertheless it sold for almost three times its high presale estimate. Her 2015 results saw her rise from 45th most successful artist of the movement to 43rd.

Papunya Tula provenance invariably adds greatly to the value of Makinti’s works, even though the quality of the image is often the ultimate determiner of value. Though her greatest output occurred during the last 5 years of her life, she had not begun to paint until late in life and her output was relatively small. Of the 202 works offered for sale the vast majority have been small and these have depressed her average considerably. Expect the prices of these smaller paintings to rise considerably over time and her major works to fetch an ever-increasing premium as the primary market for her work has now dried up.